Fireflies are the most beautiful insects in the world

These insects are characterized by the flashes of light they emit. They create an unparalleled spectacle of nature called “bioluminescence” one of the main sources of light on the planet by these living beings.

Below we show you 10 Curious Facts so you can get to know the Firefly better!

#1 | Fireflies have special light organs located under the abdomen. When they take in oxygen, it combines within special cells with a substance called luciferin and reacts by producing light with little or no heat.

#2 | With the exception of Antarctica, fireflies are found on every continent and there are more than 2,000 species of fireflies worldwide.

#3 | The light produced by fireflies is the most efficient light ever made. Almost 100 percent of the energy in the chemical reaction is emitted as light; by comparison, a light bulb only emits 10 percent of its energy as light, the other 90 percent is lost as heat.

#4 | Fireflies produce light for three reasons: to attract mates, to warn predators, and to warn other fireflies of danger.

#6 | Now that eating insects has become fashionable, the fireflies will be safe because, apparently, they taste horrible. His blood contains a substance called lucibufagin which is a defense steroid that has an unpleasant taste.

#7 | Fireflies usually feed on nectar or pollen, and in some the adults do not eat any food.

#8 | If every summer you see fewer fireflies, it is because they are disappearing. Populations are in decline due to a combination of light pollution, pesticide use, and habitat destruction. According to the Smithsonian, if you pave a field where fireflies live, they will not migrate to another field, they will simply disappear forever.

#9 | These insects have their own light even when they are inside the egg and without having hatched yet. In fact, they are the only pupae known to science capable of producing light. Some firefly eggs even emit a faint glow when touched. 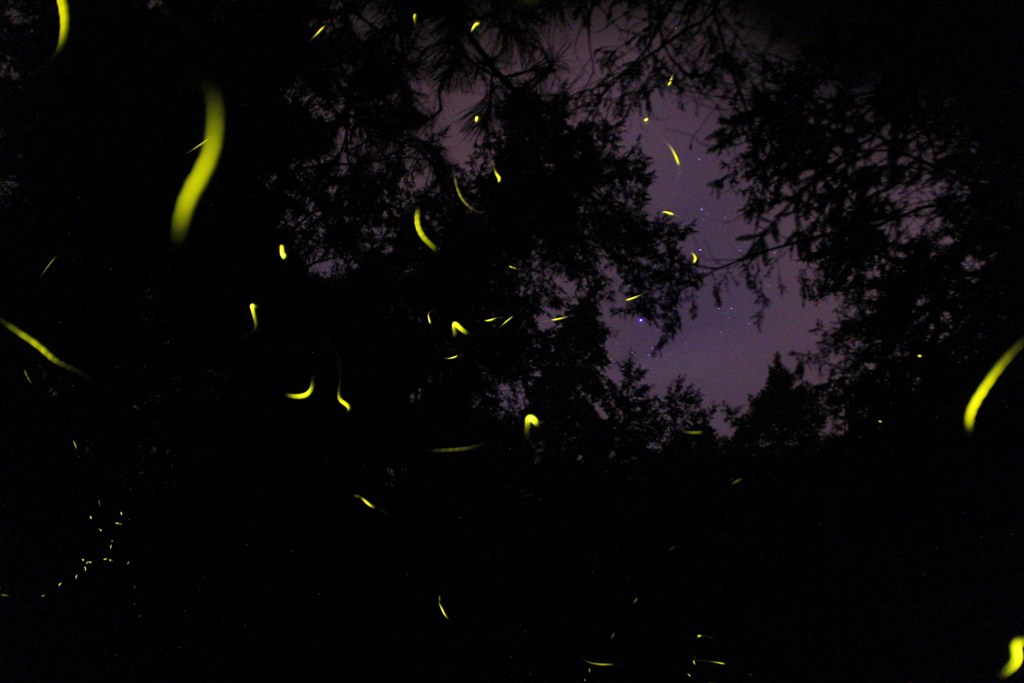 #10 | Simultaneous bioluminescence occurs in only two places on Earth – Southeast Asia and in the mountains of Great Smokey National Park in the United States. North America is home to a single species of synchronized firefly, Fotino carolinus, and its spectacular light show can be seen in late spring each year.