With the same premise as the virtual tour of 10 incredible landscapes from Star Warsor that walk through the Lord of the Rings landscapesthis time the saga of The Chronicles of Narnia takes us to a series of movie landscapes, which contrary to what we would think, were not modeled in 3D or part of a studio set, but are real places.

On this occasion, we visited some of the exteriors of the film, in countries like New Zealanda curious rocky bridge in Czech Republicor an emerald river in Slovenia. Each one of them looks a bit fantastic, unreal… but they are far from it:

1. Aslan’s lands (or the rocks that look like elephants)

The lands in which Aslan, the Great Lion, can be seen, that undulating landscape with limestone rocks where so many scenes from The Chronicles of Narnia take place, follow one another in the whimsical rock formations of Elephant Rocks (in the area of North Otago in New Zealand). The name of the site is easy enough to explain: with a little imagination, each limestone rock looks like a gigantic elephant. This landscape is close to the town of Duntroom, and is another of the country’s lesser known gems. 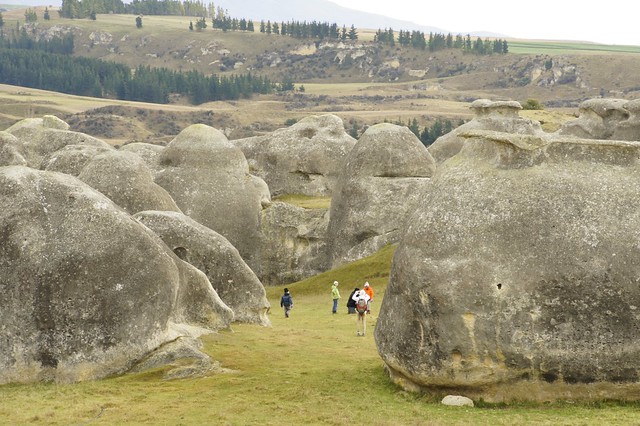 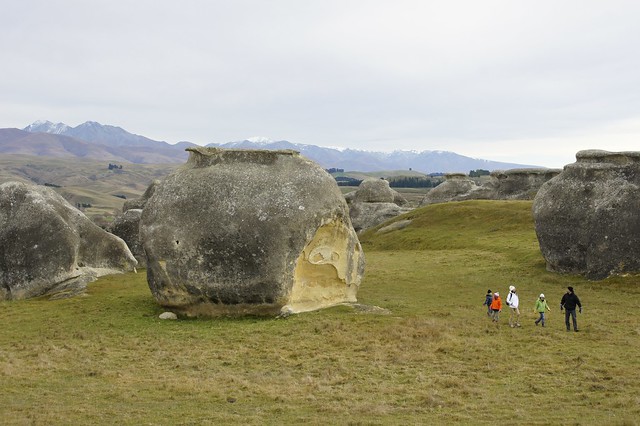 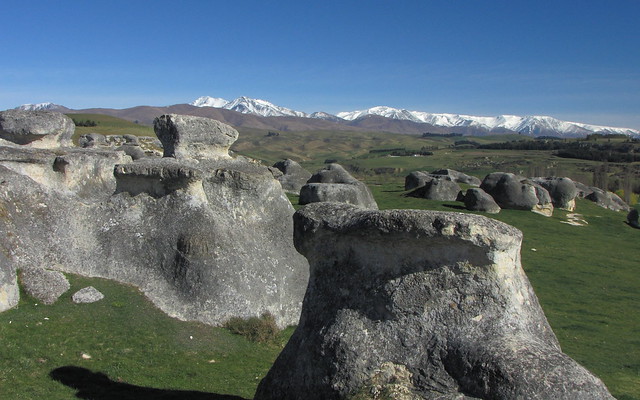 We reviewed it in a recent entry, which would be the entrance arch to the world of Narnia in The Chronicles of Narnia, Prince Caspian: the Pavensie children (protagonists of the adventure) go through a natural tunnel through which they re-enter the fantasy world. In its real version, the door is also in New Zealand, at a place called Cathedral Cove. The beach in the area Tea Whanganui-A-Heiis located on the peninsula Coromandelnorthwest of the north island of New Zealand. 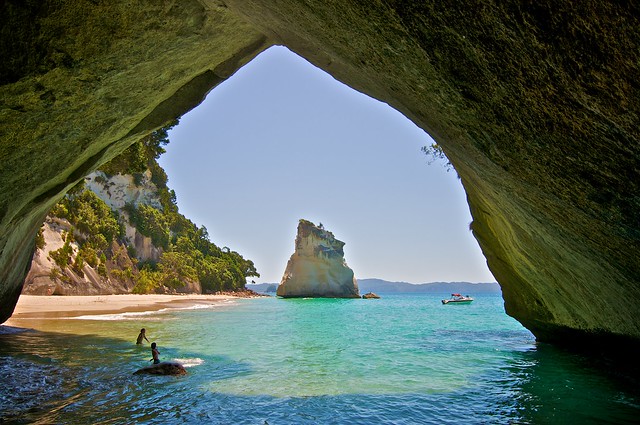 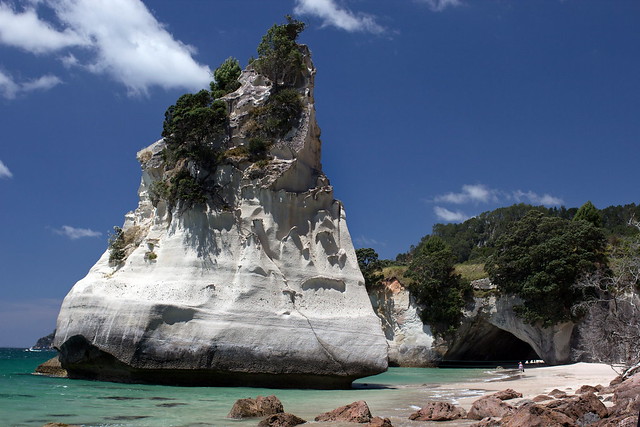 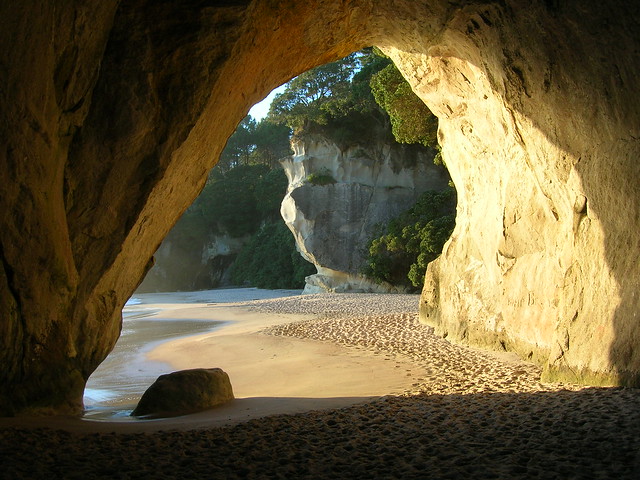 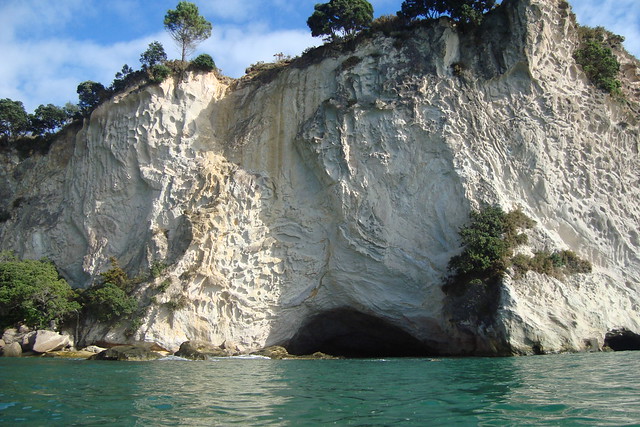 In the first part of the saga of The Chronicles of Narnia: The Lion, the Witch and the Wardrobe there is a notable appearance of a snowy landscape (at minute 62) that one might well imagine is a 3D modeled landscape. The filming of the landscape is carried out on a natural rock bridge in Czech Republic known as Pravcicka Branain the region of Bohemian Switzerland. 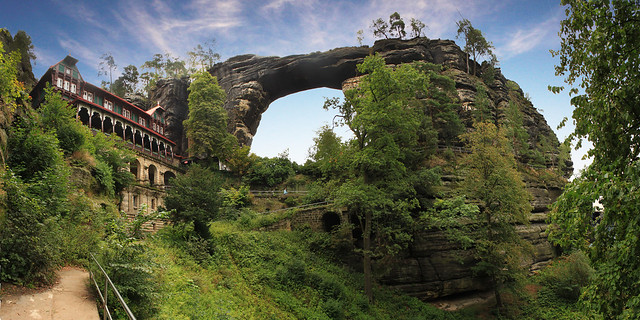 The bridge is part of the Elbe Sandstone Mountains, a landscape that appears in several scenes, and while the characters walk across the bridge, this was assembled with studio shots combined with the natural arch. 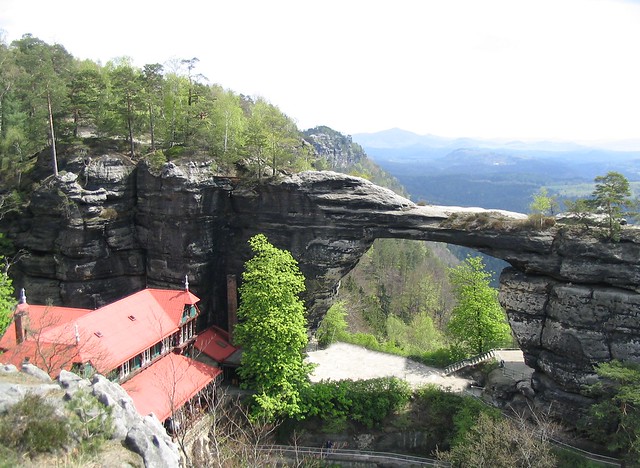 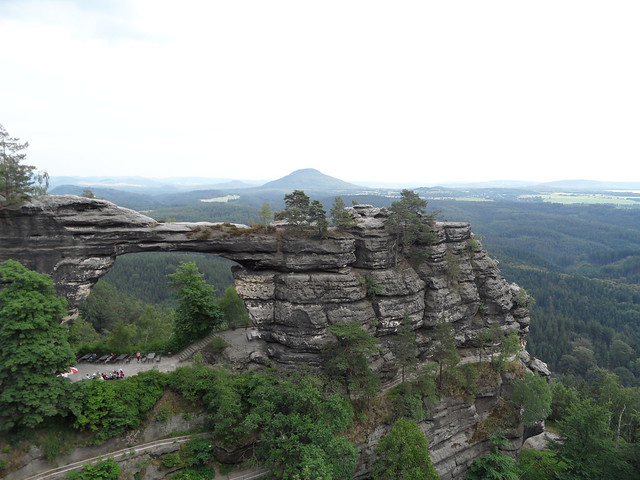 the castle of Cair Paravel was placed through digital retouching programs so as to be superimposed on the top of the cliffs of the Purakaunui baynear Dunedin. This landscape can be explored by crossing the coastal road of Catlin’s, a walk with impressive views between forest areas and desolate beaches. The section goes from Balclutha until Invercargill. 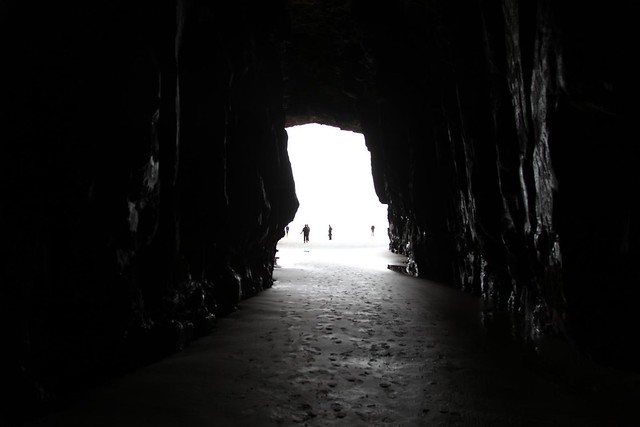 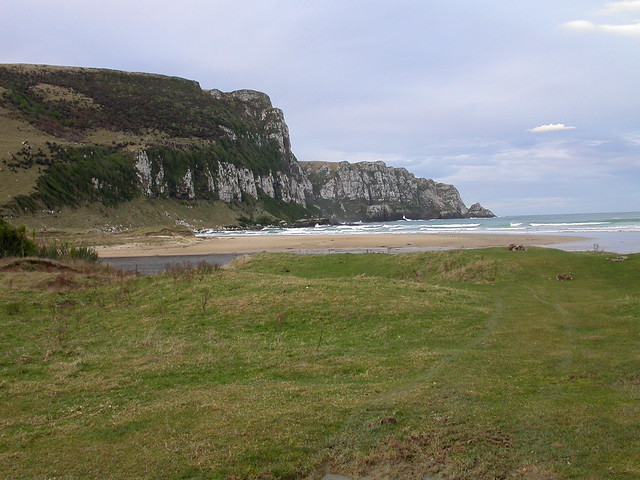 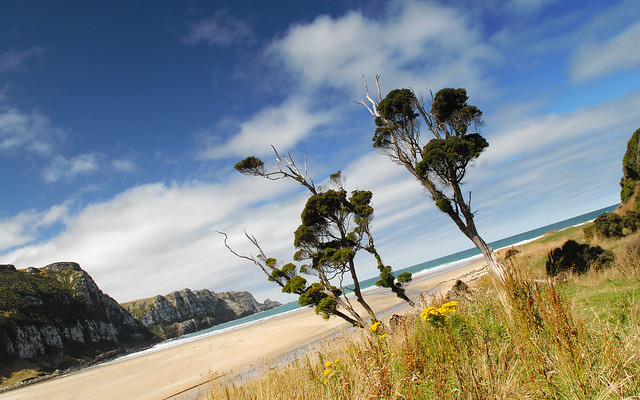 And more views of the coastal area: 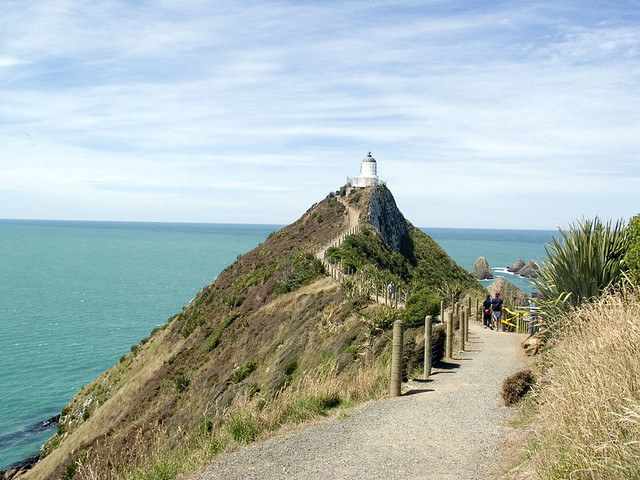 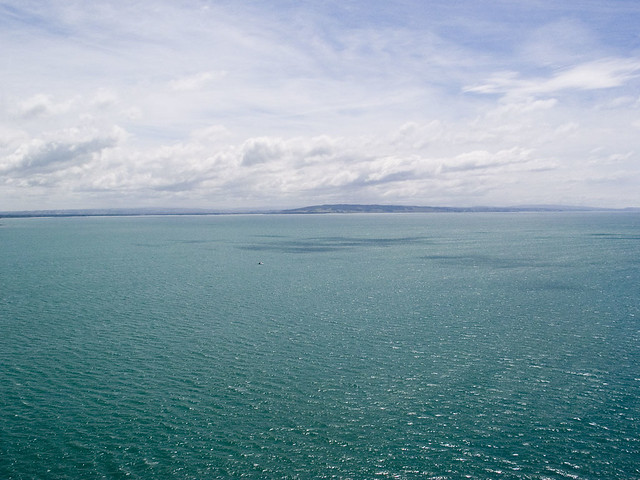 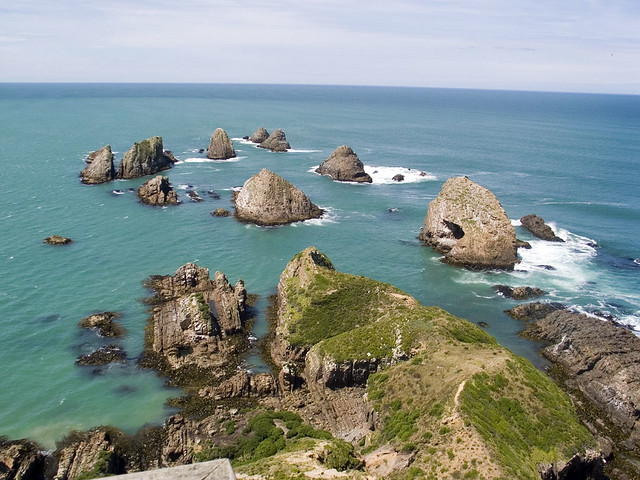 5. In an emerald green river

In early 2007, the film crews of The Chronicles of Narnia they moved to the Soca River, in Slovenia, to film scenes that were part of the battle in prince caspian. In particular I am referring to the Beruna bridge, located in the real world between Alpine landscapes, with its characteristic greenish and transparent color: 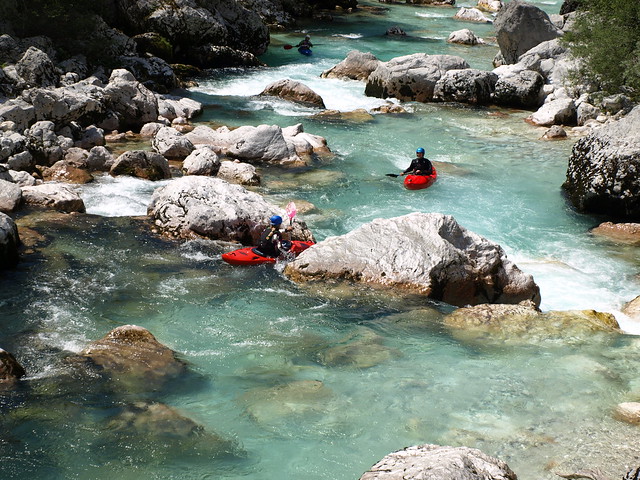 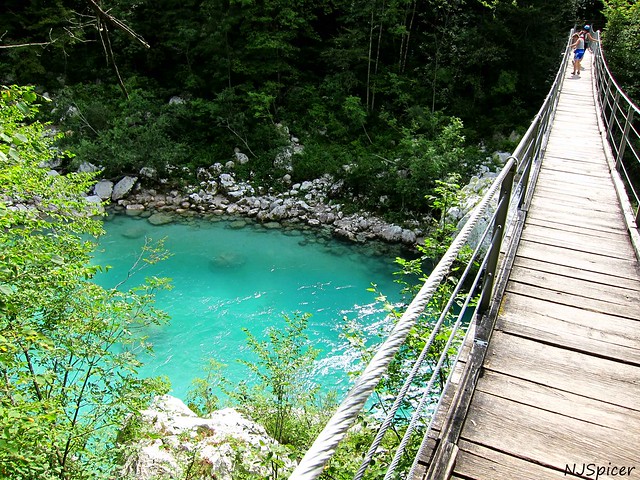 The Coral Castle of Florida and its enchanting history

We tour the Costa del Azahar and its fantastic beaches

Masterpieces of the Art Institute of Chicago

The Musée d’Orsay: the works you cannot miss