Rock formations that look like carved sculptures, unbelievable white sand beaches, a wave that seems frozen for eternity, a walk through a “Martian” landscape. These are some of the places Australia that seem taken from another world. One by one, we review eight landscapes that seem from another planet in a country-continent that, as if that were not enough, seems to be completely uninhabited in most of its territory. Any one of them could become a natural wonder:

1. The Desert of the Pinnacles

The pinnacles desert (Pinnacles Desert), is located near the city of cervantesin the western part of Australia. A huge sandbank and dunes within the Nambung National Park offers an unusual panorama: pinnacles of limestone emerge from the fragility of the sand with their irregular shapes and reaching several meters in height: 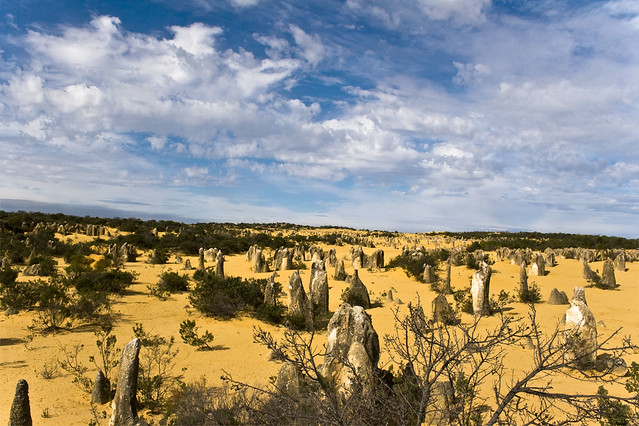 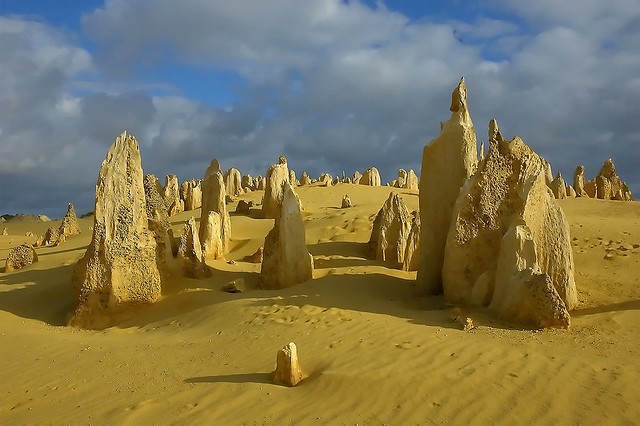 The rocks that look like sculptures (Remarkable Rocks) are found on the island kangaroosouth of Australiawithin a protected area of ​​the Flinders Chase National Park. The rocks form a group that is located on a granite promontory eroded by thousands of years. 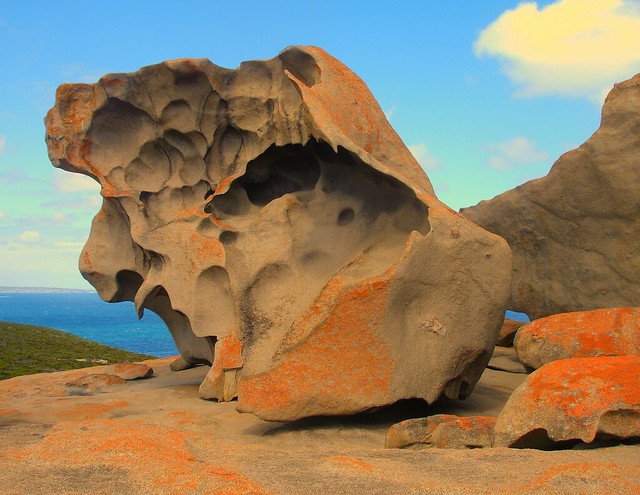 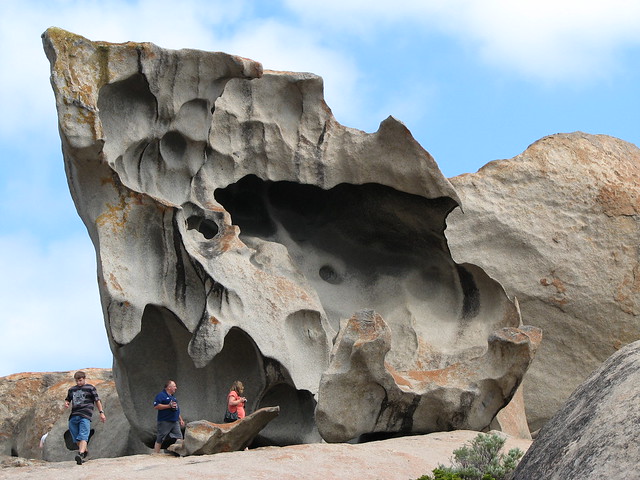 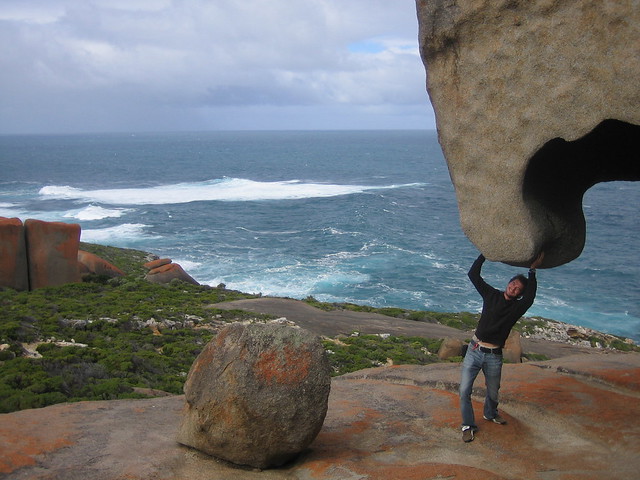 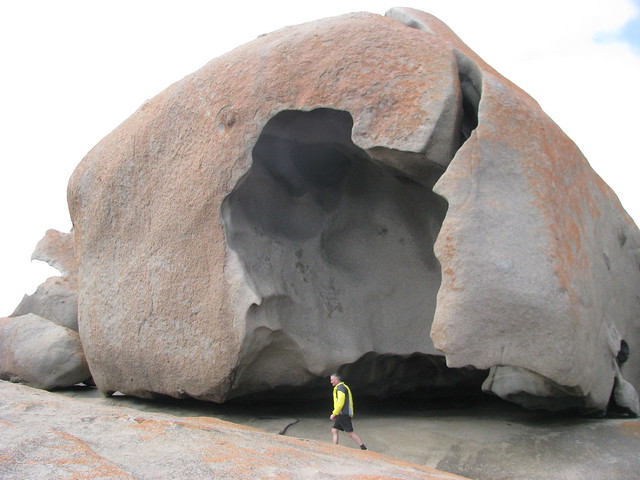 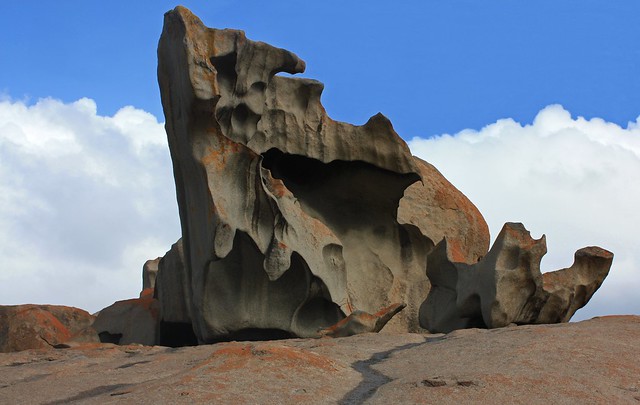 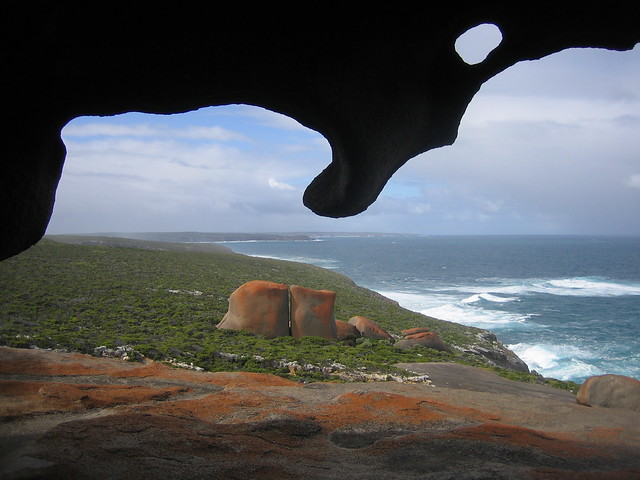 It is listed in the Guinness book as the whitest sandy beach in the world. It is located in New South Wales, two and a half hours from Sydney and is known as Hyams Beach. 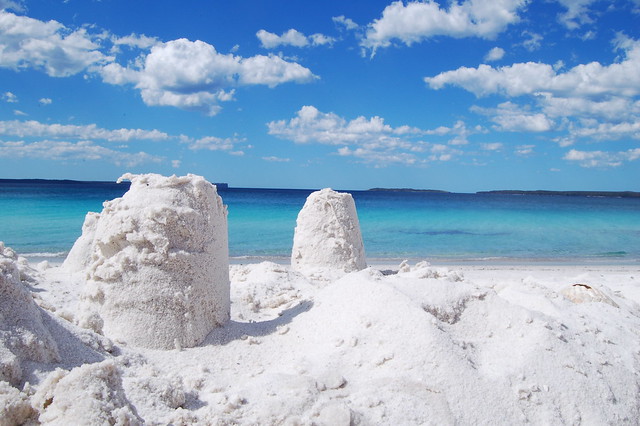 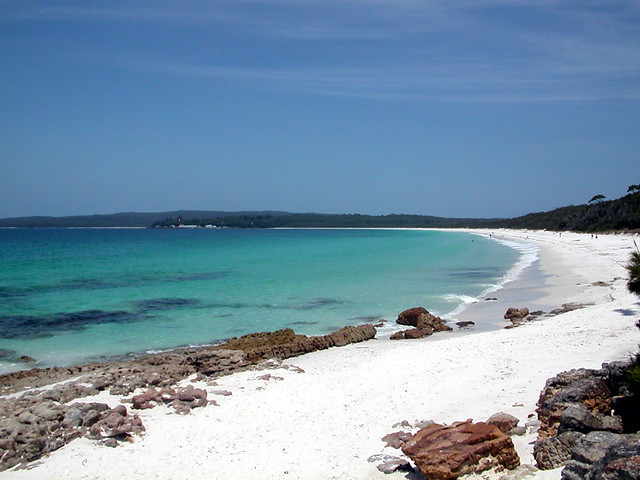 A stone formation near the small town of Hyden, looks a lot like a petrified wave. With about 15 meters high and about 110 meters long, the effect of the “wave” is accentuated by the spots that highlight the sensation, but the main responsible for its curious shape is none other than the erosion of the rain for thousands of years. 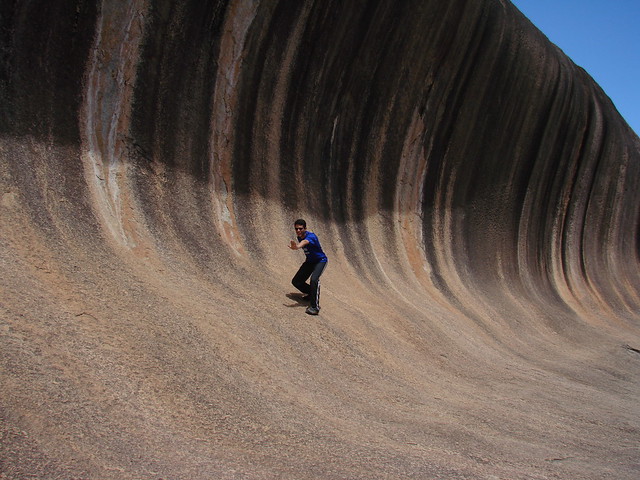 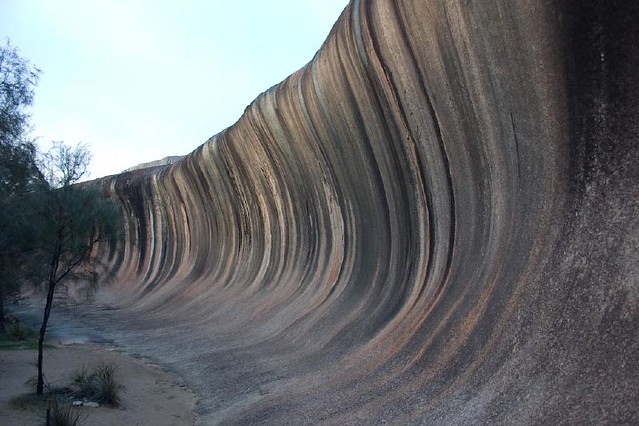 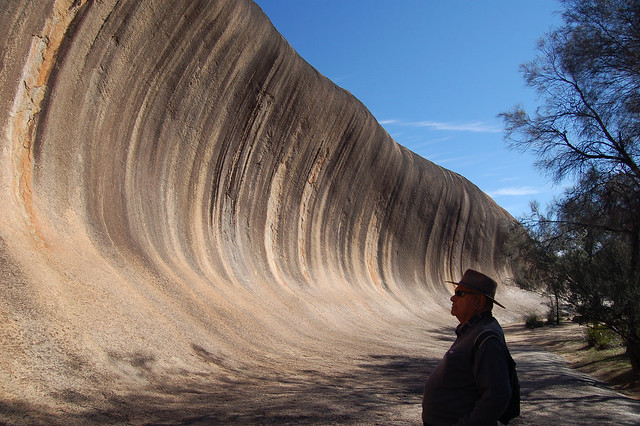 Known as the Painted Desert, or the Arkaringa Hills, a region of captivating beauty in the Australian outback that looks like a whimsically colored relief. 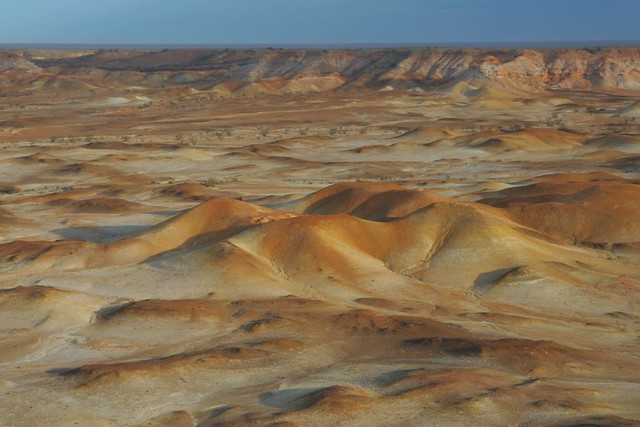 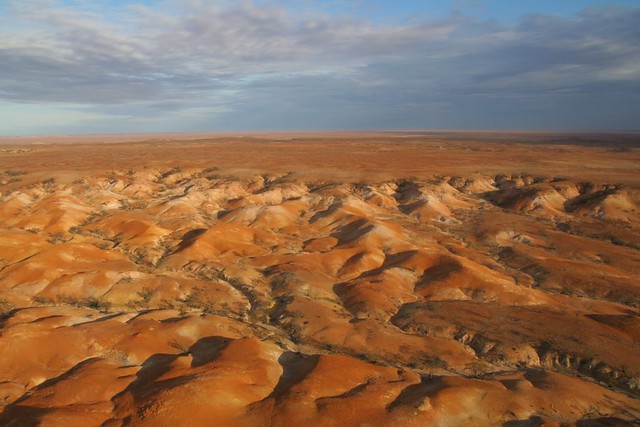 To form the incredible landscape of Bungle Bunglesome sandstone hills with amazing layers in orange and gray tones in Australia, nature has taken about 350 million years. The layered, compressed sediments formed a sandstone that rose up in the shape of a mountain range as a block. The erosion of other thousands of years in the form of torrential rains and the wind, shaped the current curious forms within the Purnululu National Park. Composed of sandstone, it is another formation in the center of Australia of dimensions and aspect of another world. It is one of the largest monoliths on the planet, with more than 348 meters high and a contour of more than 9 kilometers. An icon of the country. 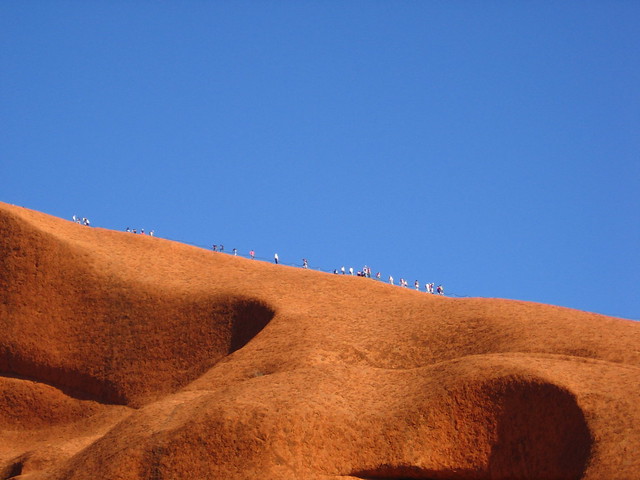 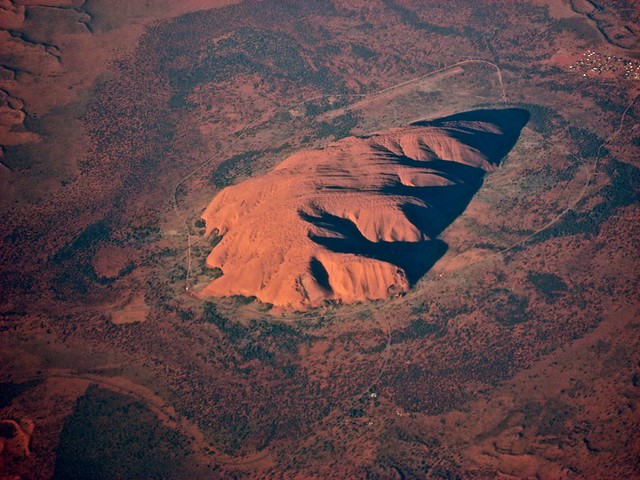 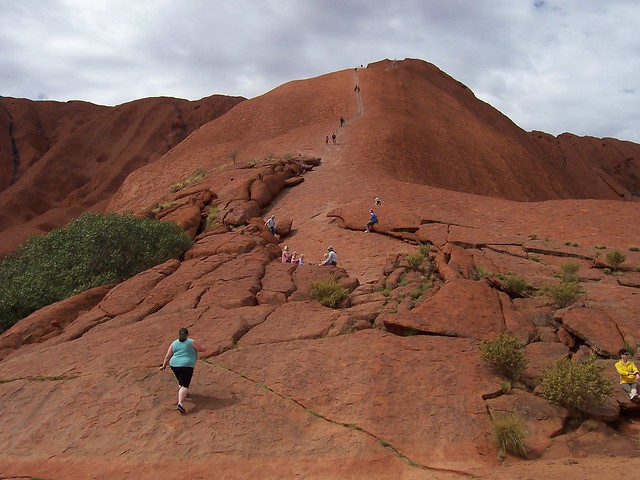 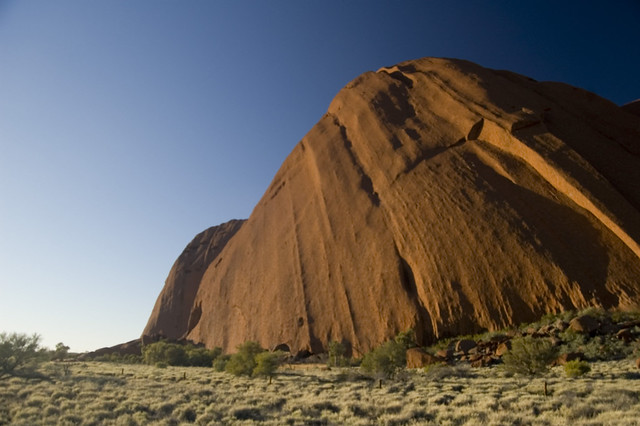 Hamelin Pool It is an ecosystem with living fossils, and it is the last natural wonder of Australia from our list. It is located in Shark Bay, on the Australian west coast. It is an area of ​​high salinity with natural pools at the mercy of the tides, occupied by stromatolites, small “rocky promontories” that are actually built by microscopic beings that descended from the first forms of life on the planet: 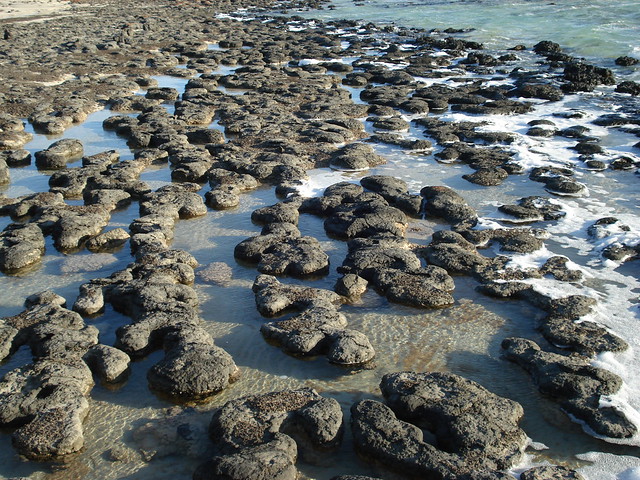 On the map you can explore the amazing places in Australia (and the world):

If you copy or mention the post, just link to the source.

When is it best to travel to the United States?

Stopover, or make a free stopover on your trip