Toledo It has several ways of defining itself: “the imperial city” or “the city of the three cultures”. In the terms we like to refer to on the blog, it is one of the most beautiful cities to visit in Spain and for various reasons.

Toledo it is pure history materialized in the form of walls, palaces, its cathedral, synagogue, or vestiges of Muslim domination. That’s where the “three cultures” comes from. But above all, what makes this city impressive is its history, located on a huge hill (almost surrounded by the Tagus River).

The old part is accessed by bridges, porticoes, walls are crossed, and you begin to walk through a city so well preserved as to deserve to be recognized as World Heritage. If we add to this that it is very close to Madrid, the idea of ​​visiting it ceases to be a possibility and becomes unavoidable for any visitor: on a high-speed train we will be in a very short time enjoying this urban labyrinth full of stories to tell.

For example, from one of its most photographed bridges you can access the historic center with the imprint of the Alcazar of Toledo located in the highest part of the city: 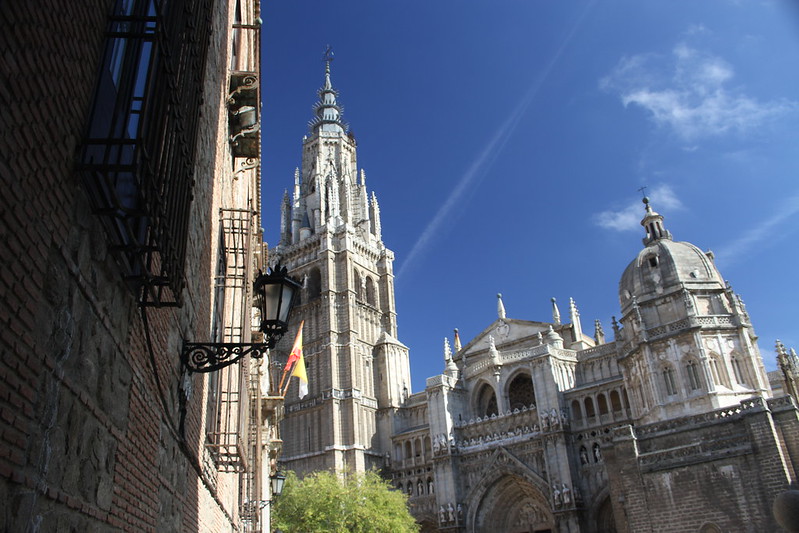 Toledo, Spain The Cathedral of Saint Mary of Toledo

It is a catholic temple (gothic style). Its dimensions are colossal: about 120 meters long, 60 wide, and inside five ships plus a cruiser. The finished tower is the only one that could be completed in a project that included two.

When one walks through the city one begins to understand the importance of the history embodied in its architecture and constructions: in the modern age it was the seat of the Catholic Monarchs until 1561 when the court moved to Madrid. The subsequent decline due to the loss of the royal seat is the same that managed to preserve it almost unchanged until today in its old part: 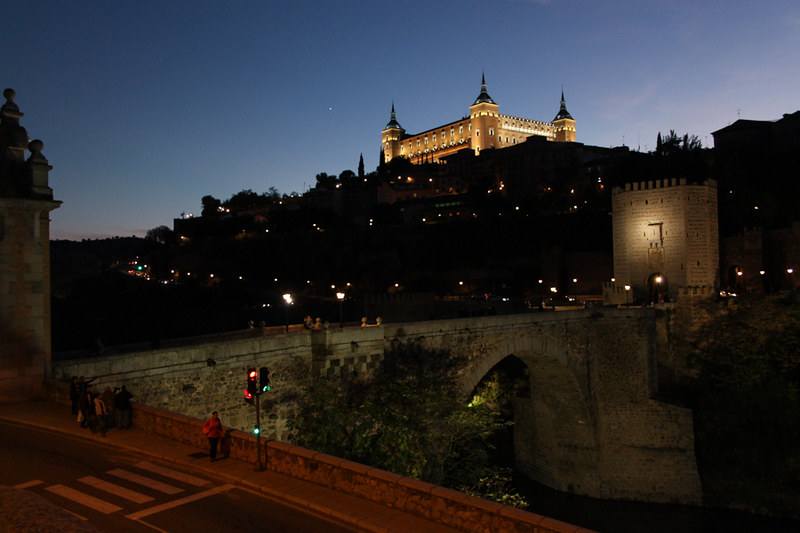 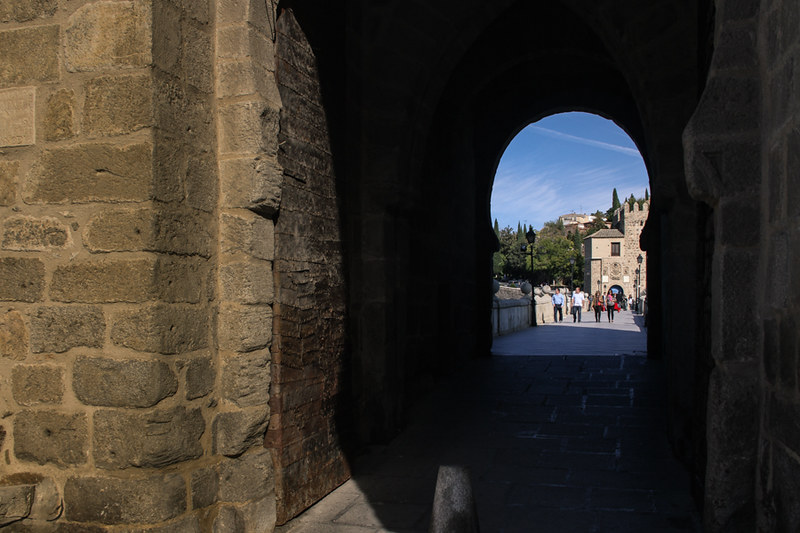 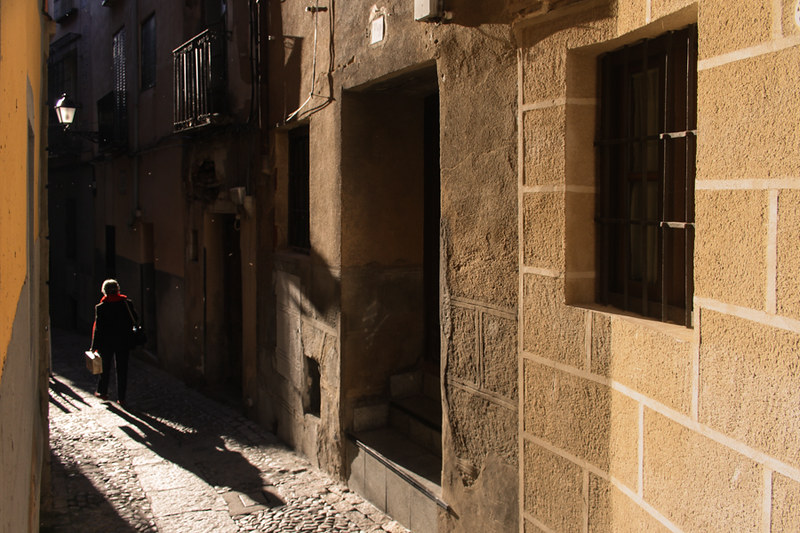 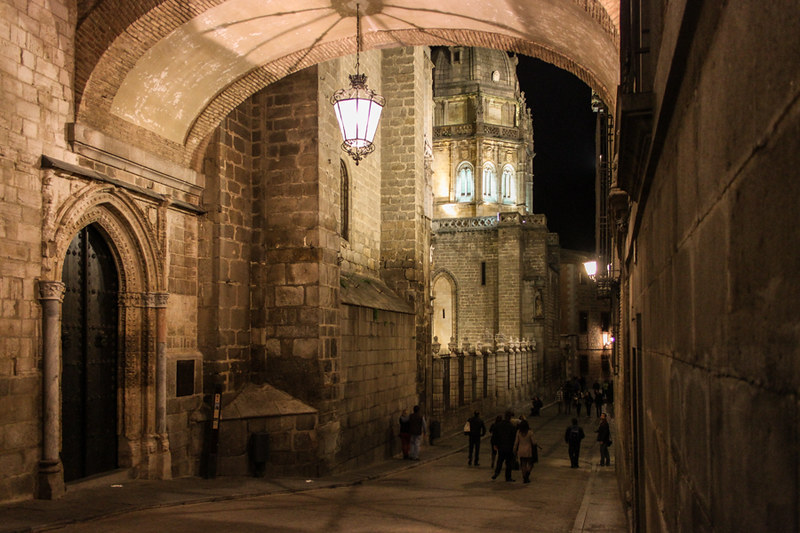 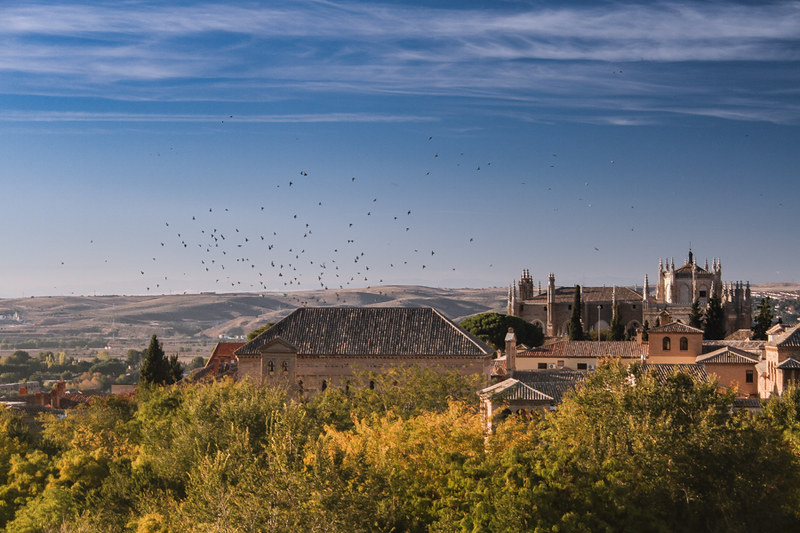 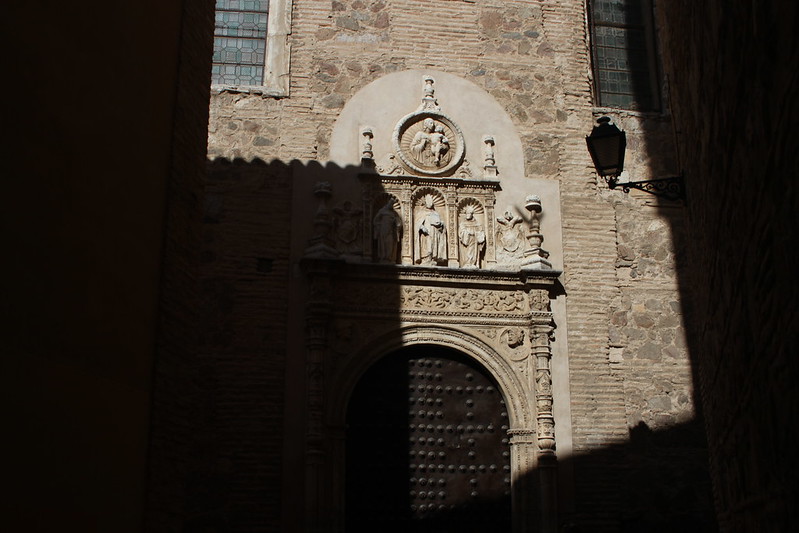 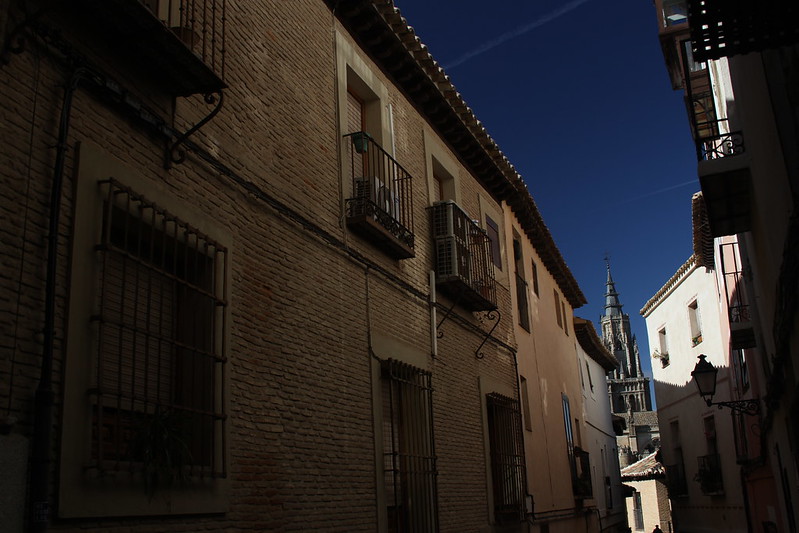 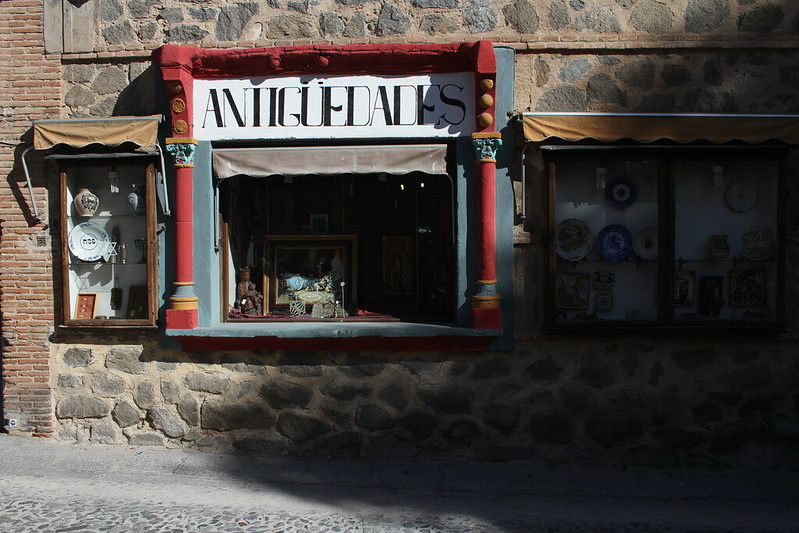 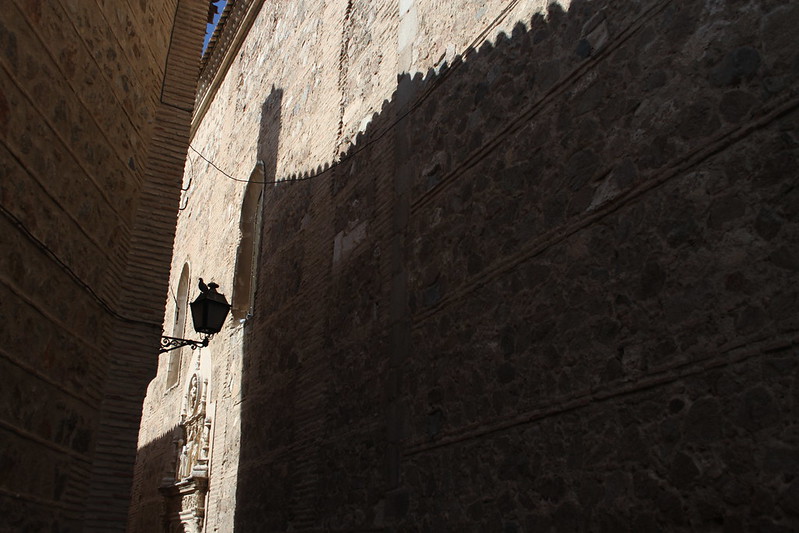 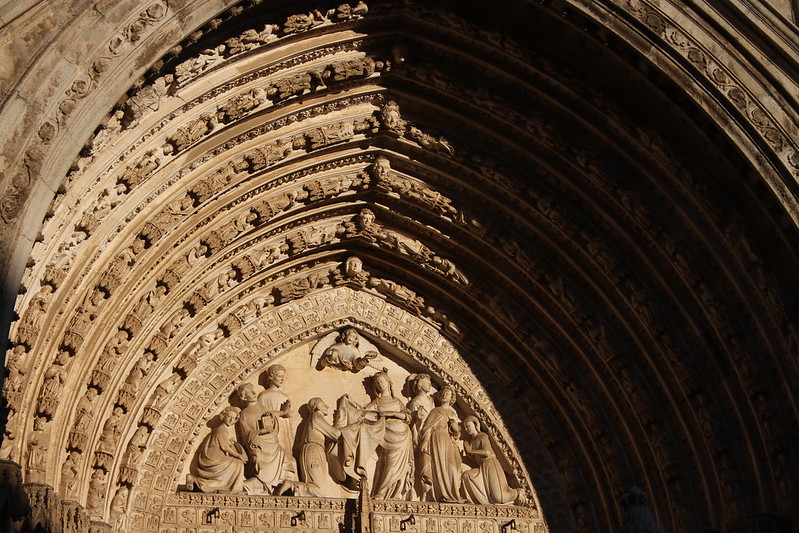 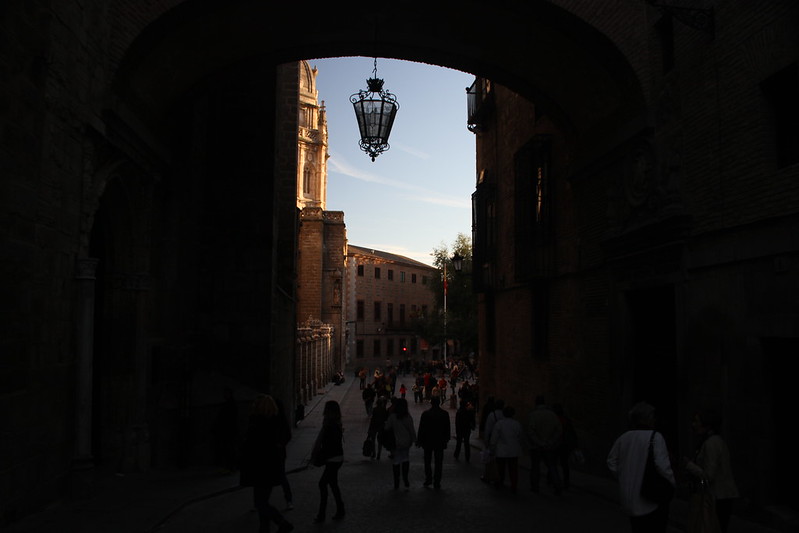 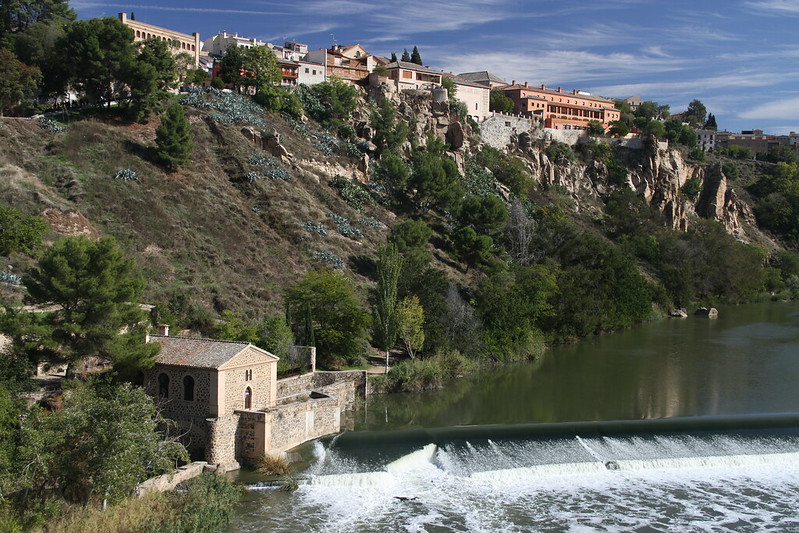 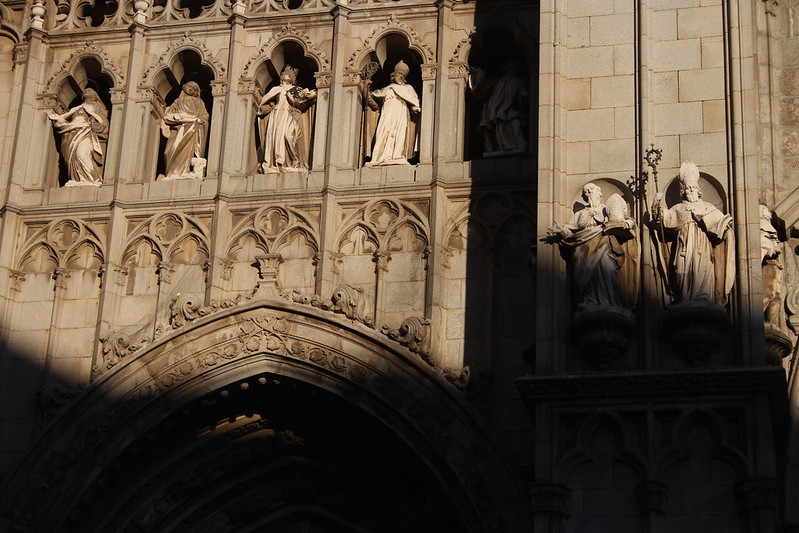 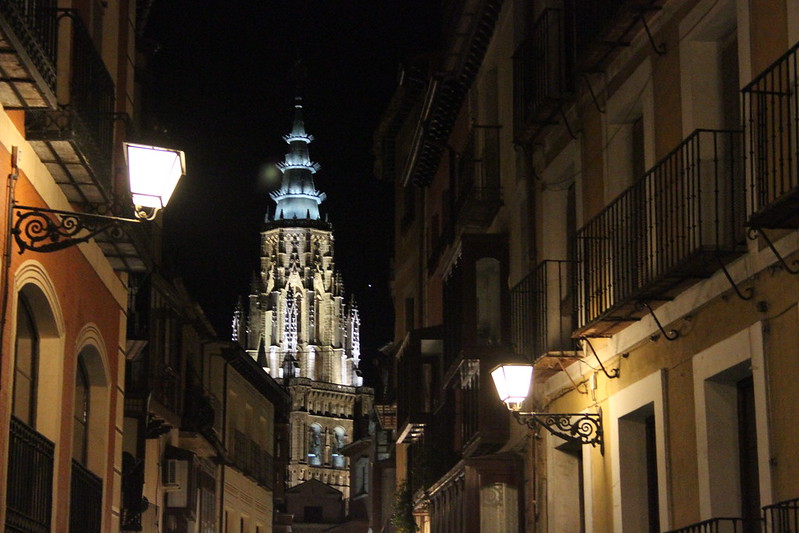 Toledo is one of the most recommended historic centers to see in Spain, and there is little to discuss.How to get around Toledo

You can explore it on your own (using, for example, the tourist bus (**) or access to monuments with the Toledo Card), but you may also be interested in consulting the guided tour options. (For example, here you have a guided tour option that includes a visit to the great monuments in a total duration of about six hours). Other guided activities in Toledo

(and always in Spanish).

– Night tour through the mysterious Toledo.

– Night tour through the Toledo of the Templars.

– Balloon ride over Toledo.How to get to Toledo from Madrid

. I think there is no easier option than the train. Trains leave from Atocha station every hour. In just 30 minutes you will be at the Toledo train station (which by the way alone deserves some photos for its historic building next to the platform). Once at the station, it only remains to walk for about 5 minutes to one of the medieval bridges that form the entrance to the old town of Toledo.How to book the AVE train + tickets + transport in Toledo

. If you wish, you can book the AVE train ticket + the Toledo Card at a convenient price (which includes access to the Primate Cathedral without queues, the Church of Santo Tomé where there is a masterpiece by El Greco «The burial of the Lord of Orgaz» , the Synagogue of Santa María la Blanca and the Monastery of San Juan de los Reyes). You can make the reservation for several people, and with this pack you will also have transportation included in the panoramic bus (which also takes you from the train station to the old town). I think it is a good way to organize the trip on your own but saving by buying a promotion that is difficult to improve in terms of costs. Also from the previous link you can add a guided tour (and without queuing) to the cathedral.

What to see in Stratford-upon-Avon, the city of Shakespeare

A beach between caves on the peninsula of the giant cliffs (Rai Leh, Thailand)

The best destinations for health tourism

4 easy ways: how to go from Madrid to Toledo (bus, AVE, and excursions)

An underground walk through a secret and crystalline river under the jungle, in the Riviera Maya #travel story