Coronation of Eric as King of Norway, Sweden and Denmark / photo Public Domain on Wikimedia Commons

King of Norway, Sweden and Denmark, Eric of Pomerania was of German origin, born in 1382 in Rügenwalde (present-day Polish Darlowo) in the historic region of Pomerania now divided between Poland and Germany, on the Baltic coast.

His father was the Duke of Stolpe, Ladislaus VII, while his mother Maria of Mecklenburg was the niece of Queen Margaret I. That made Eric a descendant of the royal family of Denmark.

On his father’s side he was also descended from dynasties that had ruled Norway and Sweden in earlier times, all of which made him a strong contender for the throne of all three countries.

In fact, the three thrones had been politically unified in 1397 in the so-called Kalmar Union, with Queen Margarita, who governed an area of ​​about 3 million square kilometers that included the aforementioned Denmark, Norway and Sweden, but also territories dependent on them. such as Greenland, Iceland, the Faroe Islands and Finland.

The Kalmar Union was thus a state that included all the Scandinavian kingdoms, for the first and only time in history. It would last until 1523, with the separation of Sweden (Denmark and Norway would remain united, for their part, until 1814).

Eric first acceded to the throne of Norway, when he was made co-king together with his great-aunt Margaret in 1388. In 1397, in order to ensure the continuity of the Margaret dynasty, he also made him co-king of Denmark and Sweden, although for up to three more years. late, when he reached the age of majority, he could not exercise his right to govern. With the death of his great-aunt in 1412 he became the sole sovereign.

Contemporary sources consider him intelligent and visionary, but also lacking in diplomatic sense and extremely stubborn. His attempt to recapture the duchy of Schleswig, the southern part of the Jutland peninsula, led him to wage a 20-year war at the end of which not only had he not gained any territory, but had lost some of what he had gained by his great-aunt, in addition to the considerable loss of life.

It is to him that Denmark obtained the city of Copenhagen in 1417, laying the foundations for its designation as capital. However, when it was attacked by the Hanseatic League in 1428 he fled, leaving the defense of the city in the hands of his wife Philippa of England.

Nor did he get along very well with the Swedish nobles, who deposed him and restored him to the throne on several occasions, until finally, and due to his repeated breach of promises, they took the crown of Sweden from him on September 24, 1439.

That same year, and fearing a rebellion against him by the Danish nobility and people, he simply went to live on the island of Gotland, abandoning his government duties. Before this the Danes also deposed him from the throne.

He still had Norway, though it didn’t seem to interest him much. In fact, the Norwegian nobles requested that she continue to be their king, but he rejected the proposal and remained in Gotland. He was deposed from the Norwegian throne in 1442.

On Gotland he built a fortress near the city of Visby, armed a small fleet, and engaged in piracy against merchant ships in the Baltic. This is how he spent no less than ten years of his life, in which the successive Danish monarchs let him do it, although without ever losing sight of him.

In 1449 he was offered the possibility of inheriting the duchy of Pomerania as successor to Bogislaus IX, and in exchange for the Danish king Christian I letting him go, he gave him the island of Gotland.

Eric ruled the duchy for another ten years, until his death in 1459 at the castle in his hometown of Rügenwalde (today’s Darlowo in Poland). So, the grave of whoever it was king of Norway, Denmark and Sweden, of the Wends and the Gothsis today in the church of Santa Maria in a Polish city. 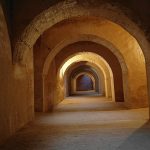 Kara prison in Meknes, built as an underground labyrinth without doors or bars We tour the Costa del Azahar and its fantastic beaches A room with glass walls in a hotel in Ibiza 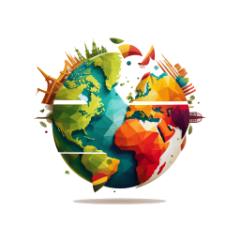