Paul Fryer (1963, Leeds, United Kingdom) is an artist based in London. He stands out for creepy facilitiessuch as the sculpture of Lucifer (Morning Star) that we see today and that is part of the Holy Trinity Church (Holy Trinity Church), in Marylebone, Westminster, London.

Fryer’s works disturb the cultural imagination by combining mortality with religious imagery, representing human figures on the verge of destruction and death.

Is sculpture of Lucifer (Morningstar) of the Church of the Holy Trinity it seems to shake in the middle of a network of telegraph cables that suspend it in front of the steps of the altar. The creepy piece was part of a solo show called Let There Be More Light.

The piece is a wax sculpture that depicts the devil trapped in a bundle of electrical wires. the statue is grotesque and beautiful in equal parts, and shows Lucifer as a black, oily creature with huge white wings. These wings were created from real feathers.

Even more shocking is the fact that the sculpture is illuminated through the stained glass windows of the churchan ironic juxtaposition that will not be overlooked by many of those who come to contemplate the work.

Lighting casts Lucifer in dramatic shadowsand his lackluster, corpse-like skin gleams with antiquity and the torture of life within death. 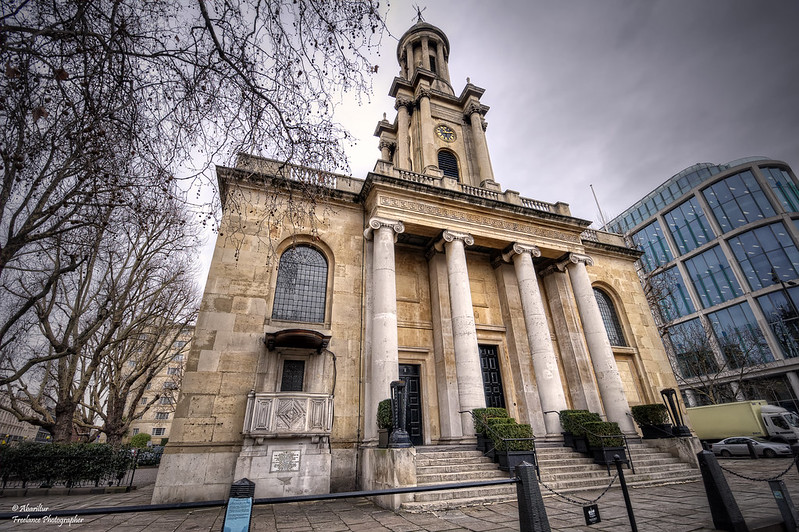 This work by Fryer represents the fallible human and the chaos and terror of creation itself.. Marylebone Church, with its stained glass windows and vaulted ceiling, provides the perfect space for this dramatic and allegorical scene to unfold.