As can be seen in the selection of photos, at times it looks like a fairy tale site, the ideal setting for a medieval fiction, a site that we might hear from seeing it in a movie. It has the perfect conditions to be an incredible place worthy of a blog: it is a rocky promontory covered with buildings from medieval times, and according to the tides, surrounded by water at the mouth of the Couesnon river, region of Normandy.

The Mont Saint-Michel is a rocky island located at the mouth of the Couesnon river, in France. On the island was built a sanctuary in honor of Archangel Saint Michel (San Miguel). The prodigious architecture of Mont Saint-Michel and its bay make it the busiest tourist site in Normandy and one of the busiest travel destinations in France with about 3,200,000 visitors every year. A statue of Saint Michael placed at the top of the abbey church stands at 170 meters

above the shore. Listed as a historical monument in 1987, Mont Saint-Michel has been on the list of theUNESCO world heritage

172/365² Fairy tales An inaccessible island: The spectacular tides of the bay contributed a lot to making the mountain aimpregnable fortress for centuries it was only accessible for land route at times of low tide and for Seaway 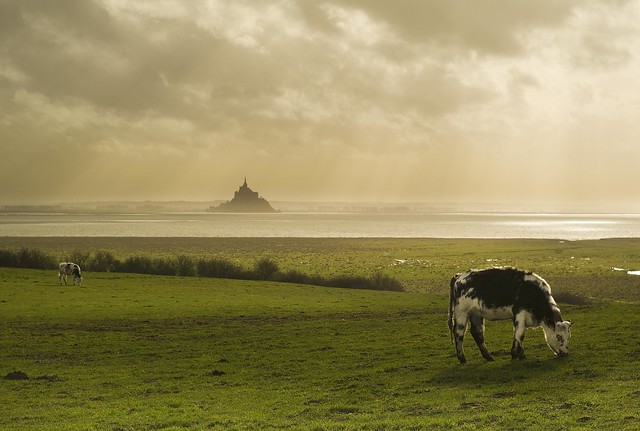 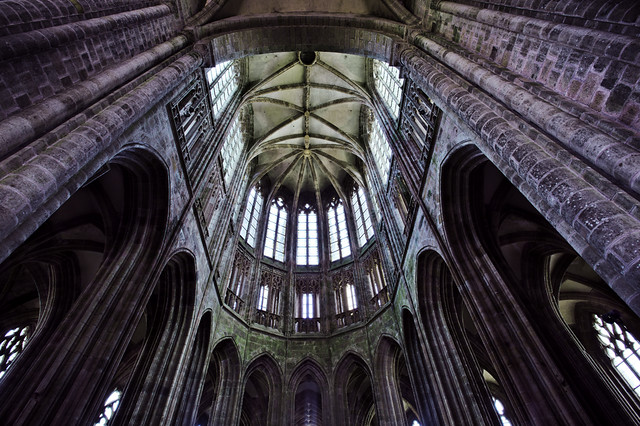 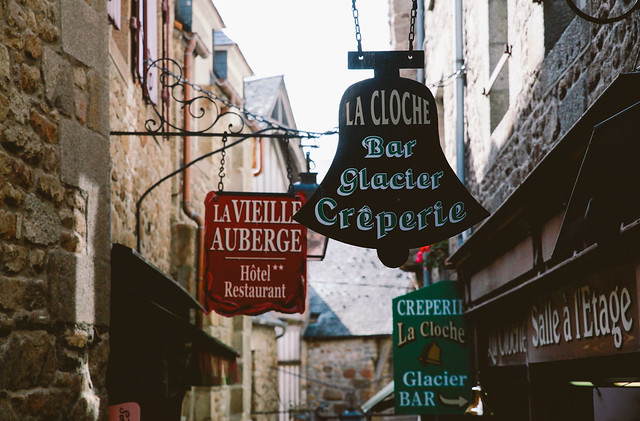 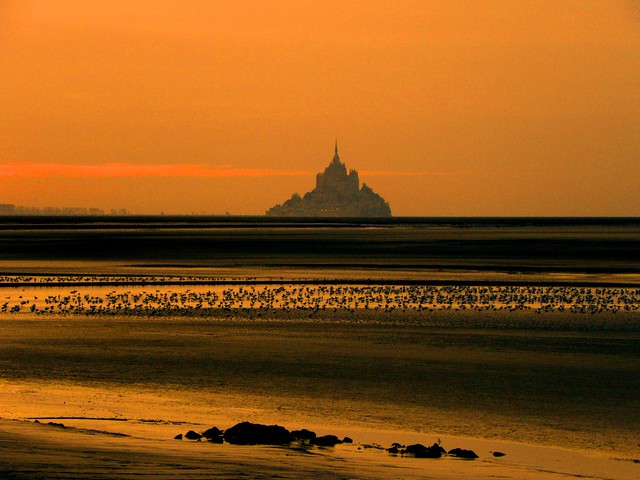 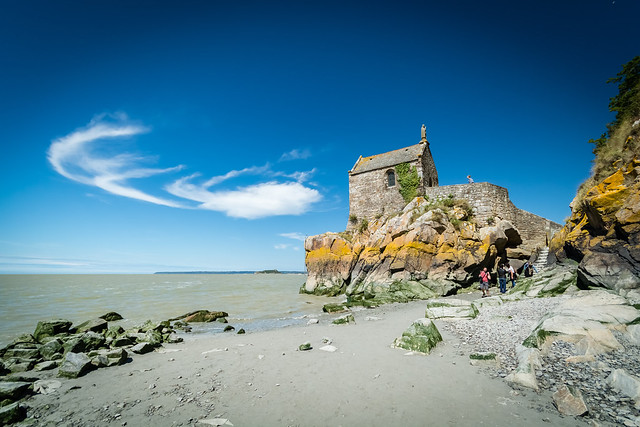 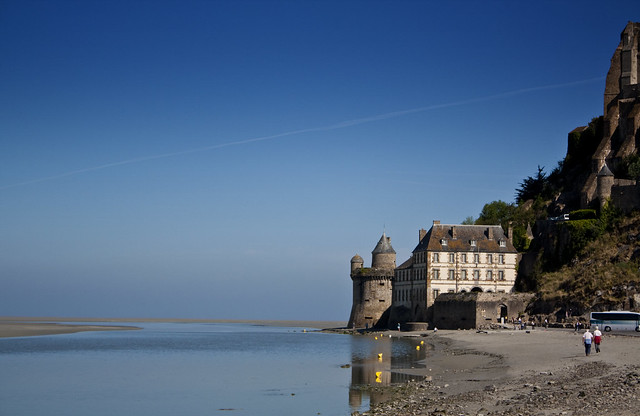 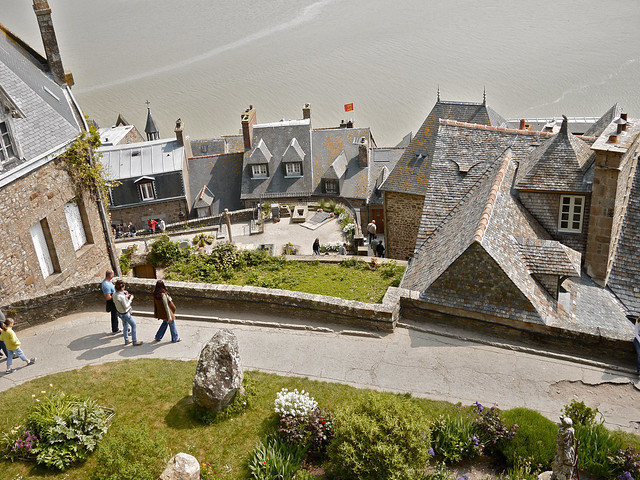 The Abbey of Mont Saint-Michel is of Benedictine origin, and has been classified as a historical monument since 1862. Built in the 10th century, it is a set of architectural wonders of various styles, ranging from Carolingian to Gothic, a complex structure in a small space. The heritage includes several chapels, churches and cloisters. 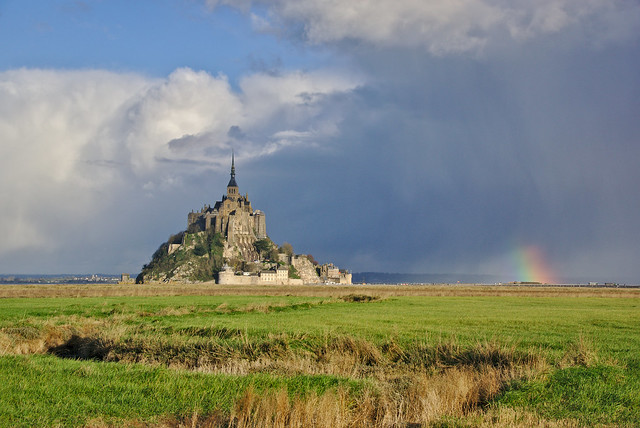 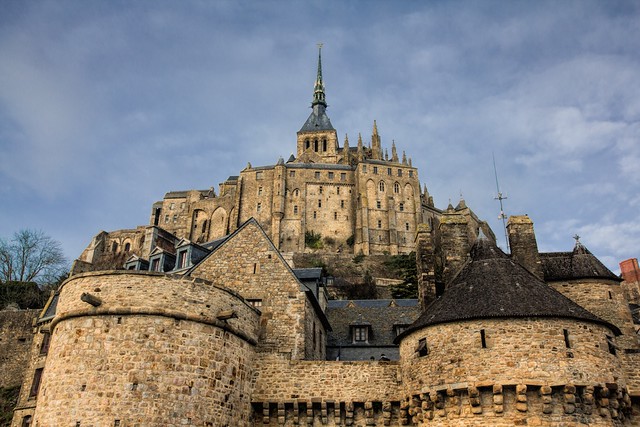 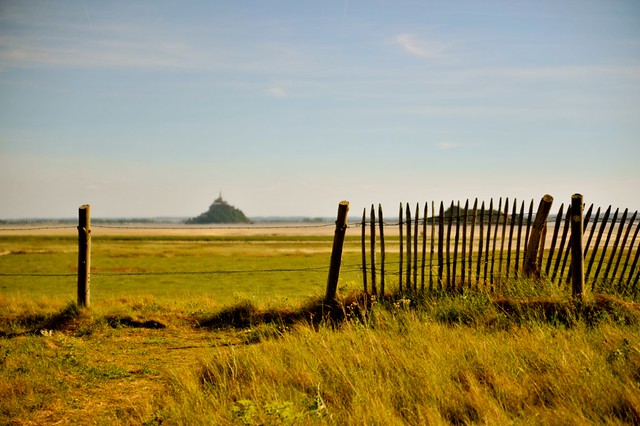 Admired by travellers, writers and painters, the abbey and the rocky hill have attracted visitors for tourism since the 19th century. Several hotels currently operate there, although most visitors take a tour of no more than three hours. The abbey can be accessed at any time thanks to the road that reaches the foot of the rock. However, neither tourism nor the passage of time have managed to alter its appearance.

Here you have the location on the map of the island and Mont Saint-Michel. If we wanted to know Mont Saint Michel, it is ideal to include it in a route to travel French Brittany YNormandy

. In fact, in the blog we include this point as an alternative part of a route to do by car through towns frozen in time in French Brittany.