Sampaio bridge It is one of those small towns, little known to some but very pretty and almost a postcard from Galicia. And the reason for its fame is above all its historic bridge of Roman origin connecting the two banks for more than 1000 years. A town so beautiful as to include it in an itinerary through the province of Pontevedra or the Autonomous Community. There are also many points of interest to see in and around Ponte Sampaio.

Where is Ponte Sampaio

Exactly Ponte Sampaio is located in the place where the verdug riveror meet the Vigo estuary: there we will find a bridge that is a symbol of the entire region. on one shore is Arcadianand on the opposite side Sampaio Bridge, Pontevedra City Council. Uniting both towns is the ponte sampaio bridge with its 144 meters of extension and a history that according to records begins in the X and XI centuries (mentioned as Ponti Sancti Pelagli de Lutto).

A bridge with a thousand years of history

In total, the bridge has 10 arches of pure legendary solidity, an obviously strategic site. In the past, to cross the bridge you had to pay a toll, a system that ended in the 12th century. Of course, and as with many old bridges, what we see today is the result of various reconstructions and modifications. Its state of conservation is so optimal that it admits the crossing of vehicles, although there is a nearby bridge on a busier road.

One of the most epic battles on this bridge was the confrontation between the French troops with the popular militias and the Spanish army in 1809, in the Spanish War of Independence. A battle in two episodes in which the French must finally go back and withdraw from Galician territory, marking a historical event that is well remembered and celebrated. 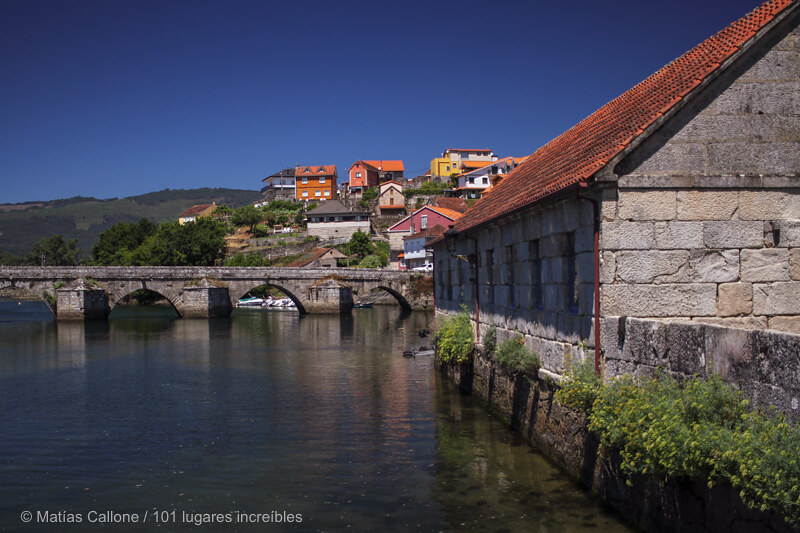 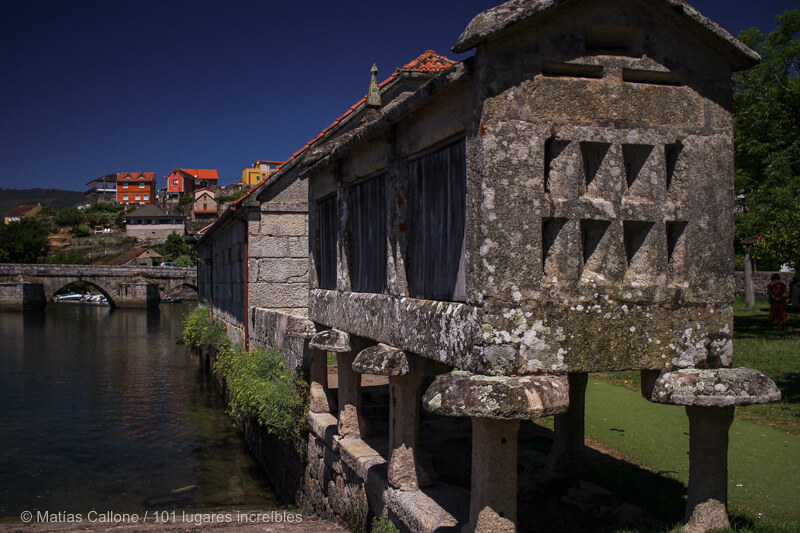 What to see in Ponte Sampaio and surroundings

Ponte Sampio It is a small town with just over 1,000 inhabitants, and you can go very quickly on a walk where there are different points of interest, and some viewpoints.

The recreational area and the beach

Especially on summer days and good weather, the epicenter of the town is the recreational area next to the bridge where there is a children’s playground, picnic tables, and a very pretty river beach with views of the bridge itself. During my visit in summer I was able to find this place full of local people enjoying an unusual day of extreme heat. 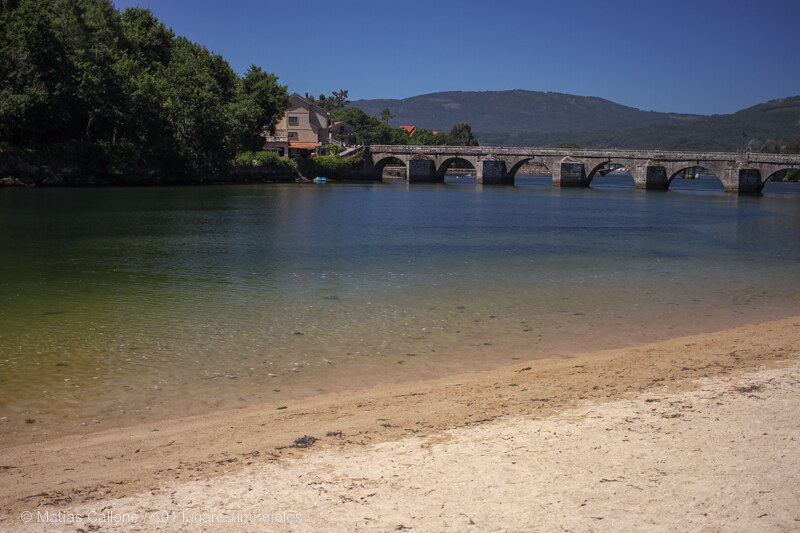 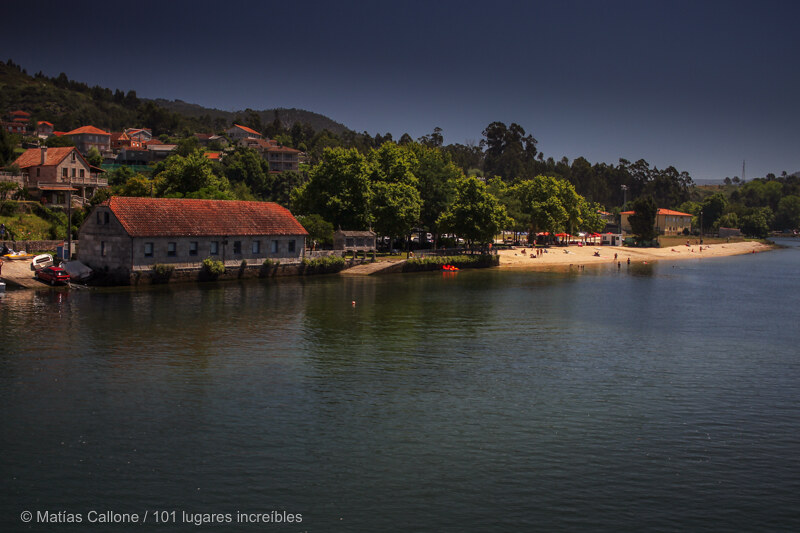 Walk the town and historical sites.

As I said, Ponte Sampaio is very small, and what you have to see is mostly on a walk through its historical part. On the opposite shore is Arcade, a town with more river beaches to enjoy on a walk along the coast of the Ría de Vigo. 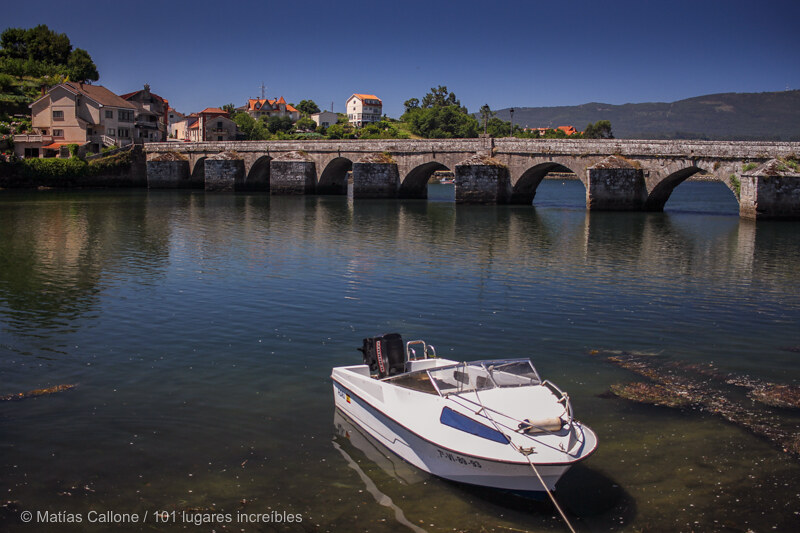 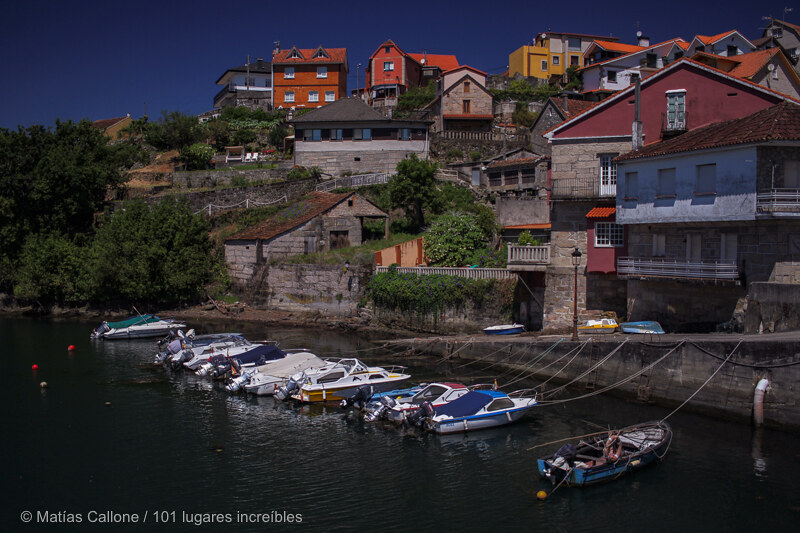 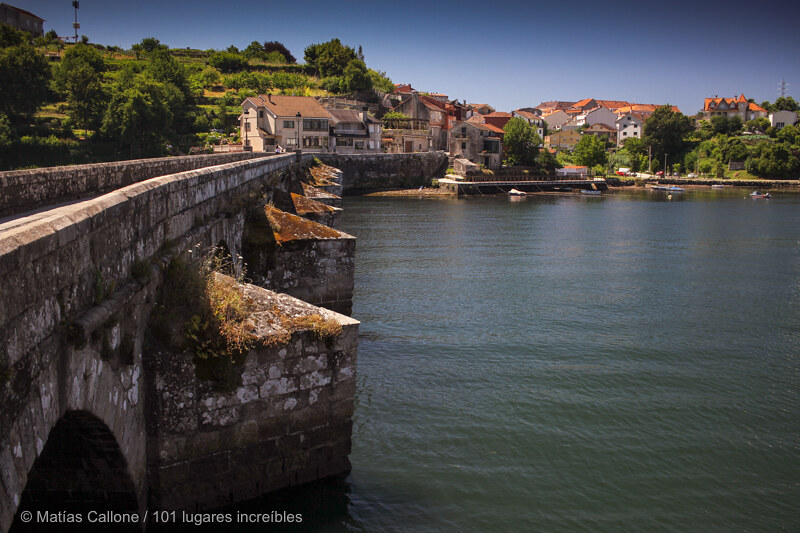 The Portuguese way of Santiago.

The Camino Portugues de Santiago passes through Ponte Sampaio, and on the blog I made a post explaining how organize the stages to do this path. In fact, that was the reason for my visit to the town, since I was doing the Portuguese Way in the direction of Santiago de Compostela and this town was one of my final stages. In the photo you can see a bench with the yellow road arrow on the edge of Arcade. 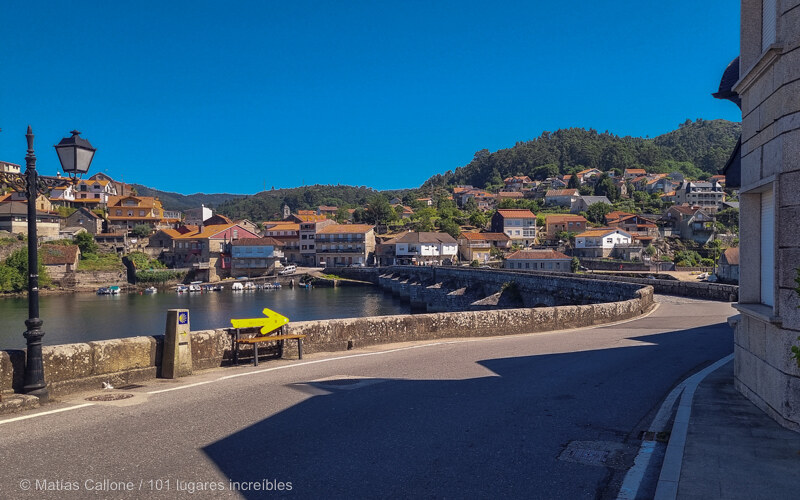 To the south is the Cesantes beachY round it off, a town with its traditional Galician houses. And a few kilometers further is pontevedra to the north and Vigo to the southwest. It is an area where there is a lot to know, to extend ourselves in days. For example, Pontevedra is a beautiful city to spend a night and enjoy its old town, something similar to Vigo. In addition, if we base ourselves in Vigo you can also take a day trip by boat to the Cíes Islands.

Sampaio bridge It is a destination that many visit on the way, either pilgrims from the Portuguese Way, or tourists exploring the area by car. It is too small to spend the night there, but if you are looking for a very quiet day, it is a nice place, with a few restaurants and not much else.

In the blog you will find many ideas of destinations in Galicia to organize your trip through this Autonomous Community.